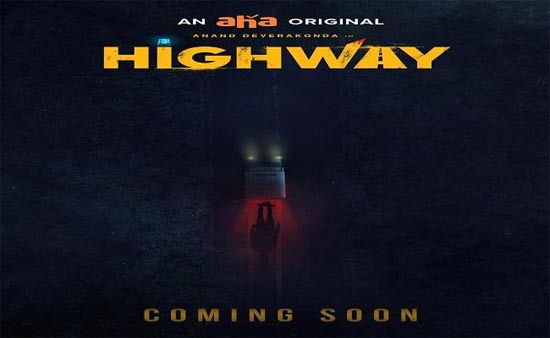 Now the platform is coming back with another original film titled Highway. It is a psychological thriller starring AnandDevarakonda and Abhishek Banerjee in the lead roles.

It is officially announced today that the movie will hit the OTT platform very soon. Highway is a psychological thriller about a photographer Vishnu(Anand Devarakonda), falling in love with Tulasi (Manasa), who was sheltered all her life.

When everything is going great, his life turns upside down when a serial killer named D kidnaps his lady love. Will the hero be able to save her inme? The film is written and directed by K.V. Guhan, and produced by Venkat Talari.

Jasmin Bhasin-Aly Goni, Neil Bhatt-Aishwarya Sharma and more TV couples who were friends and then fell in love