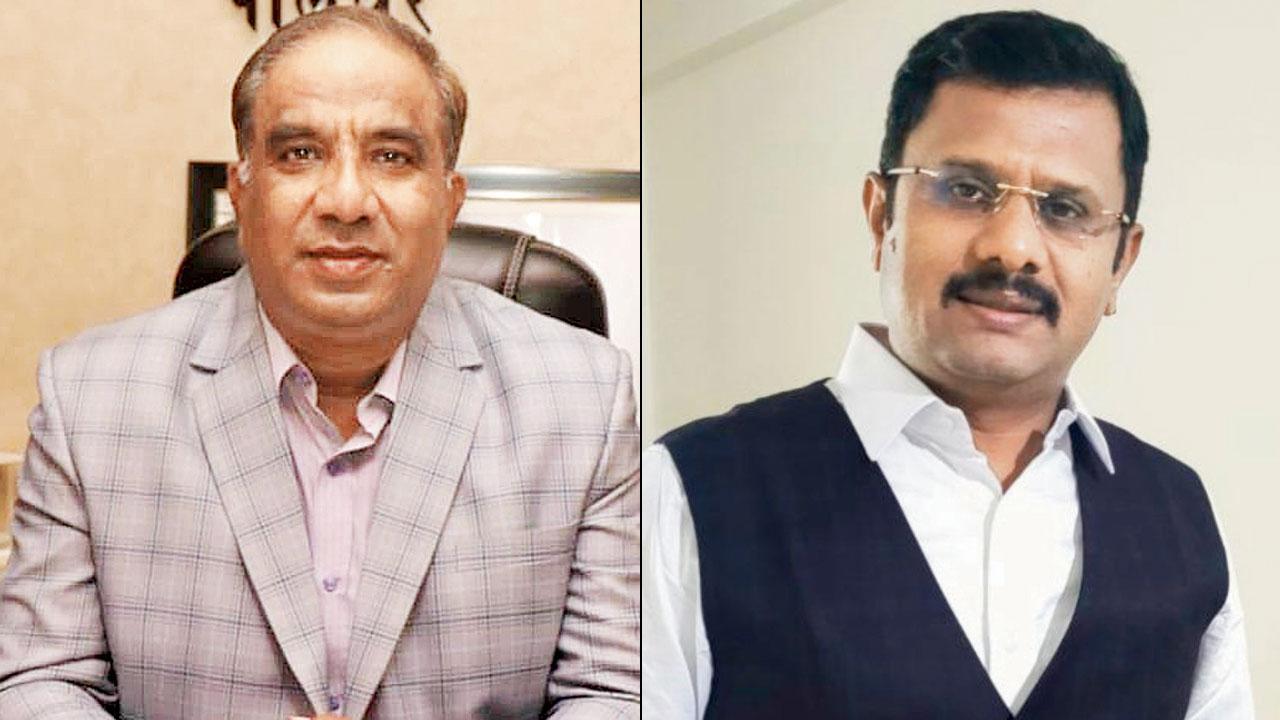 The division bench of Justice (Retd) K K Tated and member M A Sayeed of the Maharashtra Human Rights Commission pulled up a senior official of the Vasai Virar City Municipal Corporation (VVCMC), who appeared before them in connection with the suo motu case, on Thursday after a mid-day cover page report on the rampant unauthorised constructions in Vasai taluka.

The SHRC took cognisance of mid-day’s July 19 report as the builders were undeterred despite a landslide that killed two people last month. The commission had summoned six top officials of Mumbai and Thane districts including civic officials, the Collector and Forest Department officials. The summons were redirected to the VVCMC and Palghar Collector as a major part of mid-day’s July 19 story highlighted the issues of Vasai Virar and Nalasopara areas.

Questions about his boss

On Thursday, Deputy Municipal Commissioner Nanasaheb Kamthe of VVCMC appeared for the former Collector of Palghar district. The former collector of Palghar district Manikrao Gursal, who has been sidelined after mid-day’s investigative reports post the landslide, had said, “I have not seen the notice as of now. We keep getting such notices on and off from the state human rights commission.” Gursal was replaced by another officer after the landslide and mid-day’s report. He has not yet been given a post. 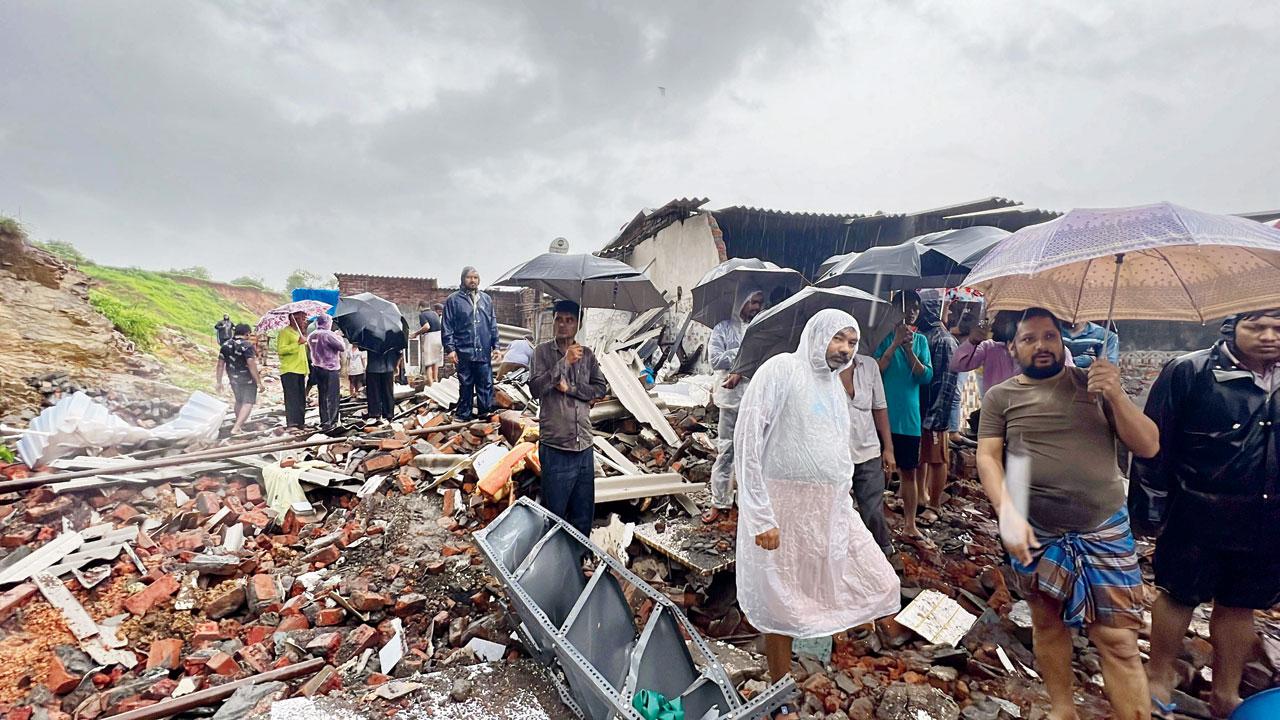 Two people died in the landslide at Vasai on July 13. Pics/Hanif Patel

“Why has he made such statement to media? Has he been misquoted?” Justice Tated asked Kamthe, who was silent over the issue. Kamthe was asked to read mid-day’s cover-page story in which Gursal had made the callous statement. “You (Kamthe) are representing him (Gursal)…you must know why has he made such a statement,” Justice Tated asked Kamthe. Kamthe replied, “I will convey this message to him.” The Collector of Thane district and the officials from Thane Municipal Corporation did not appear before the SHRC on Thursday.

On whether action was taken 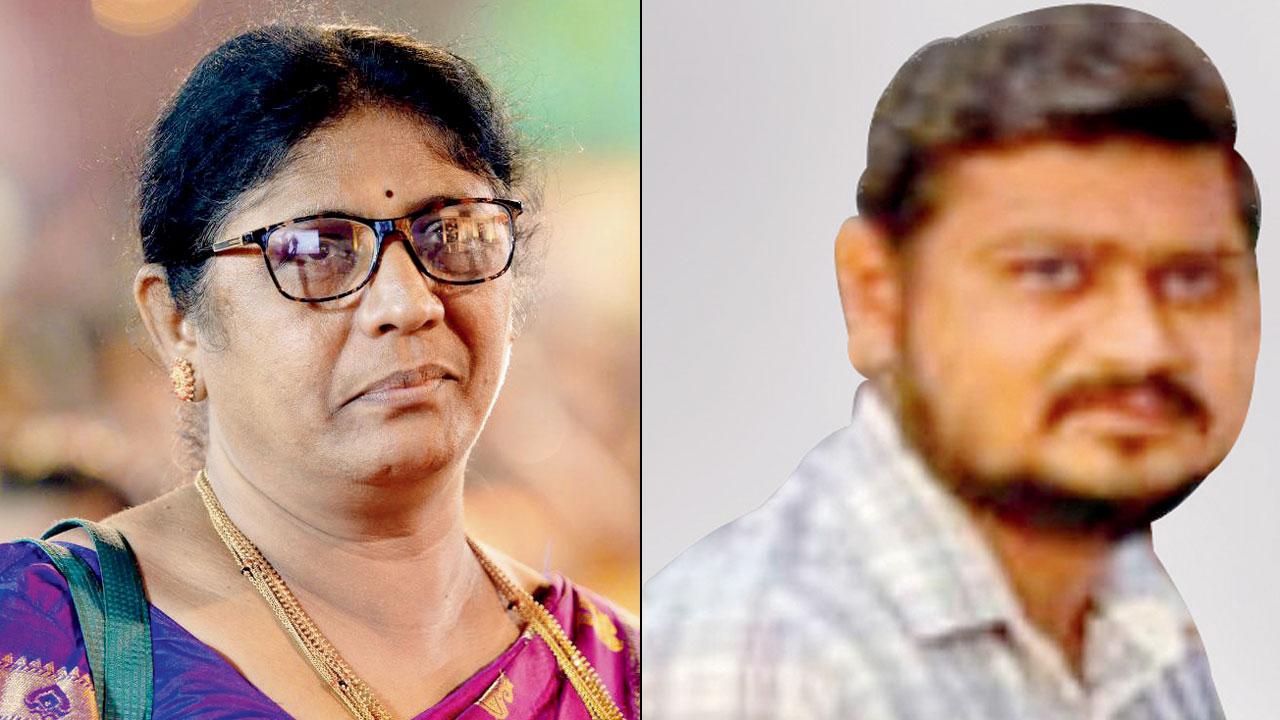 Coming down heavily on Kamthe, Justice Tated asked, “Have you visited the areas where mid-day has highlighted ongoing illegal constructions? I can easily see construction materials in the photographs…have you bothered to visit these areas?”

The Tahsildar of Borivli, Vinod Dhotre appeared for the Sanjay Gandhi National Park (SGNP) before the Commission, but failed to submit a detailed reply regarding illegal constructions in their areas. The SHRC asked the VVCMC official to submit their detailed reply on August 24.

KK Tated, Justice
‘Why are there rampant illegal constructions in your area? Is there any inspection squad? Can’t you guys inspect and demolish? Do you maintain any register of the complaints of unauthorised constructions?’

MA Sayeed, Maharashtra Human Rights Commission
‘Don’t come with a mechanical reply… why shouldn’t a show cause notice be issued to these officers who have delegated their powers to their representatives to appear before us?’

24 hours ago
Leave a Reply