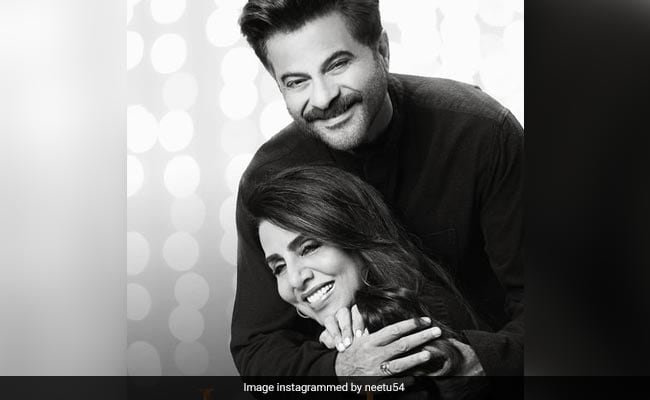 Neetu Kapoor and Anil Kapoor in a post. (courtesy: neetu54)

JugJugg Jeeyo, the latest Dharma Productions’ comedy-drama, is making all the right noises. The film, which released today (June 24), boasts of an ensemble cast including Varun Dhawan, Kiara Advani, Anil Kapoor and Neetu Kapoor. The film, in fact, marks the return of Neetu Kapoor to the big screen after nearly a decade (Her latest release was the 2013 film Besharam). Now, the veteran actress has shared a post on the experience of working on the film and in particular, sharing screen space with her co-star Anil Kapoor. Sharing a still from the film, Neetu Kapoor said, “JugJugg Jeeyo at its heart, is about a family coming together to celebrate the good times and brave the bad ones.”

Speaking about Anil Kapoor, Neetu Kapoor added, “Working with Anil Kapoor for the first time feels exactly like that…like coming together with family to make some new memories and relive some old ones. We hope you will bless this union of families and shower us with your love and support.”

Anil Kapoor too shared the same post with an identical caption.

Director Raj Mehta reshared the actor’s post and said, “And imagine my luck to have got the chance to direct the two legends. Still pinch myself. Thank you, Anil Kapoor sir and Neetu Kapoor ma’am for being the pillars of JJJ.” 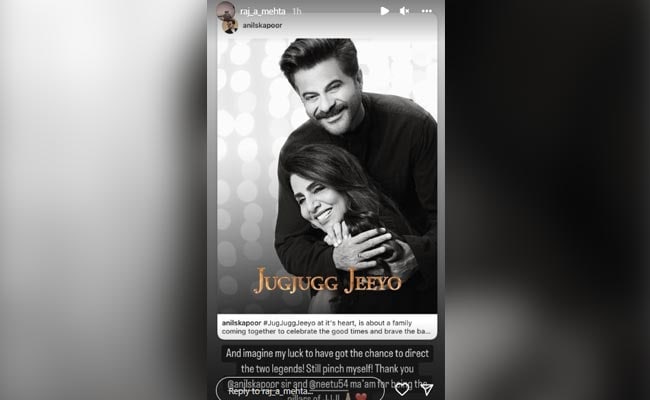 During the promotions of the film, Neetu Kapoor also dropped images of her various fashion looks, much to the delight of her fans. Sharing one such image, she said, “Always looking on the PINK side of life.”

Amid her hectic schedule, Neetu Kapoor also took time out to dance to The Punjaabban Song from the film, alongside designer Manish Malhotra and her daughter Riddhima Kapoor Sahni. Dedicating the video to the film’s producer Karan Johar, Neetu Kapoor said, “Karan this one’s for You .. Friday night live with Ours Punjaabban.”

Neetu Kapoor had also kicked off the promotions of JugJugg Jeeyo by sharing a throwback image from her wedding day. Addressing her husband, the late Rishi Kapoor in the caption, she said, “Mere liye shaadi ke baad sab badal gaya. I am starting this new journey…with your blessings Rishi ji. With you in my heart, always.”

These Foolproof Exercises Will Shrink Your Visceral Fat Fast, Trainer Says — Eat This Not That

Blacksmith Rates 9 Forging Scenes From Movies And TV | How Real Is It? | Insider – Insider