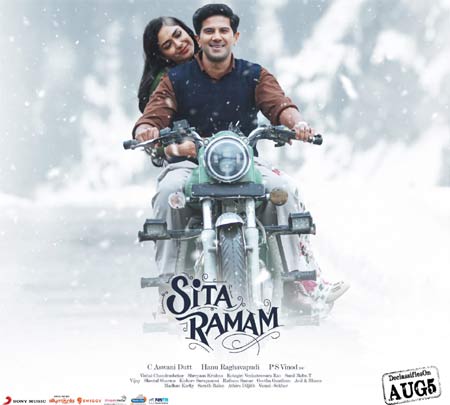 Sita Ramam, starring Dulquer Salmaan and Mrunal Thakur, is all set for a grand theatrical release tomorrow. Directed by Hanu Raghavapudi, the movie has Rashmika Mandanna in a crucial role.

The movie which generated good buzz with its promotional content has been receiving good reviews already. Sree CV Rao, Head of the Post-Production department at Annapurna Studios watched the flick and reviewed it. He said that Sita Ramam is one of the best films over a period of time. He also mentioned that the writing, screenplay and direction are so good. Technicians of each craft have excelled in their work, noted CV Rao. He also commented that Sita Ramam is a film that should be experienced on big screens only. 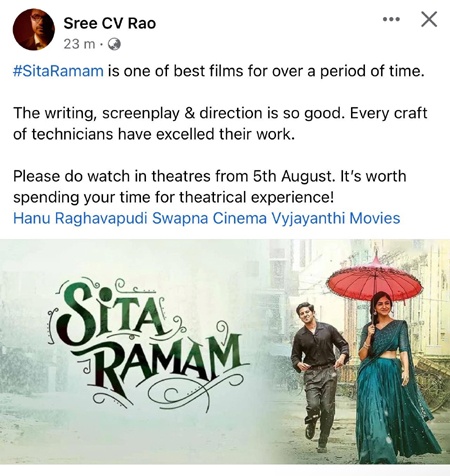 After Samrat Prithviraj, Akshay Kumar responds to claim he doesn’t commit to movies: ‘My 8 hours are equal to 14-15 hours of other stars’

Apple plans to delay launch of iPadOS 16 update to October