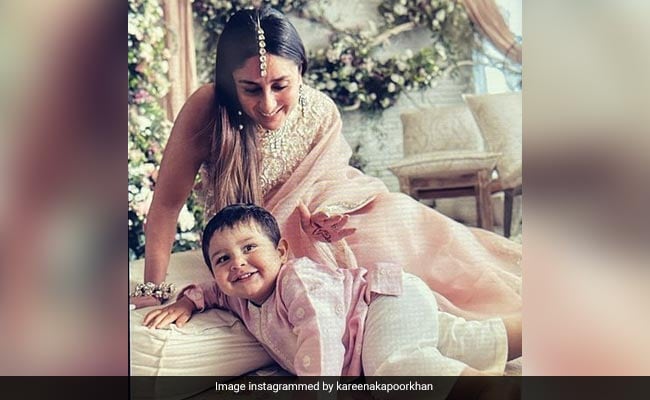 On International Yoga Day, Kareena Kapoor found the most adorable photo to share with her Instafam. The actress joined the bandwagon of celebs sharing pictures of themselves acing every sort of asana – except the picture she posted is not of herself. Instead, Kareena unearthed a cute photo of son Jeh in a toddler’s version of downward dog. While the picture Kareena Kapoor chose is guaranteed to melt the hardest of hearts, the message she shared with it is an important one. “Balance, such an important word to life and yoga. Happy International Yoga Day people,” Kareena wrote, signing off with “My Jeh baba” and a heart emoticon.

Here have a look:

Kareena Kapoor, who recently completed the shooting of her OTT debut movie, The Devotion of Suspect X, is having the time of her life holidaying in London. On Monday, the actress shared a post wherein she can be seen enjoying her coffee from her favourite restaurant in London. Sharing the image, Kareena wrote, “Waited two years for you baby #Sipping my coffee Coffee Lover”. Check out the post below:

Announcing the wrap, Kareena Kapoor shared several pictures from the sets of The Devotion of Suspect X on her Instagram handle, featuring her co-stars Jaideep Ahlawat and Vijay Varma, director Sujoy Ghosh and crew members. Sharing the pictures, she captioned the post as “DSX! The best crew, best ride, best times… and I’m pretty sure the best film too”.

Helmed by Sujoy Ghosh, the film is based on the Japanese novel The Devotion of Suspect X by Keigo Higashino. The movie will release next year on the OTT platform Netflix.

Meanwhile, Kareena  Kapoor is awaiting the release of Laal Singh Chaddha, co-starring Aamir Khan and Mona Singh. The movie is slated to hit the theatres on August 11.

Johnny Depp ‘wishes no ill will’ for Amber Heard, wants to move forward