The Karan Johar-hosted popular chat show, Koffee With Karan is all set to make a comeback, albeit with a change in medium from television to OTT. However, this small change has not affected the popularity of the show in the least bit. Instead, it has increased the anticipation for a no holds barred conversation between the host, Karan Johar, and the celebrity guests. While rumours are currently flying fast and high about who will be the guests on the seventh season, a section of the media has been speculating about who will appear alongside Akshay Kumar. 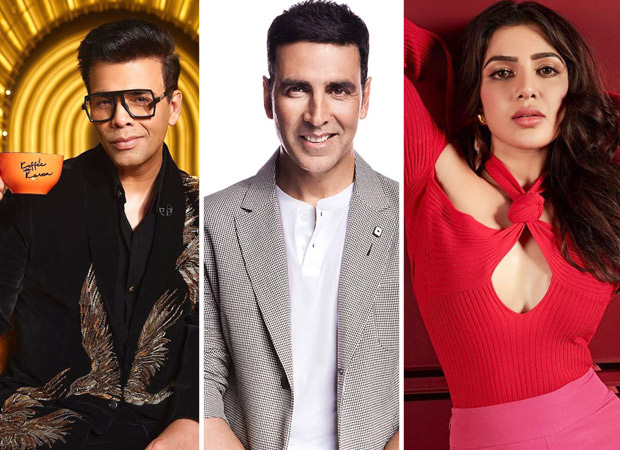 In fact, some reports have claimed that Samantha Ruth Prabhu, who was formerly married to Naga Chaitanya, will appear on Koffee With Karan. For those interested here is the startling truth: Samantha will be paired on Koffee With Karan with Akshay ‘Khiladi’ Kumar. But, what makes this pairing rather unexpected and that much more interesting is the fact that though the two have featured together in an advertisement, neither of the two have really had a chance to know each other. So it will be interesting to see them interact on the show.

As for the guests on the rest of the episodes, so far, Karan Johar has confirmed these guests on Koffee With Karan: Ranveer Singh – Alia Bhatt, Janhvi Kapoor – Sara Ali Khan, Vijay Deverakonda – Ananya Pandey, and Samantha Ruth Prabhu – Akshay Kumar.

The rest of what you read is mere fantasy.

Wordle 375 answer too confusing? Take the help of our Wordle hints and clues