This was definitely a fresh update that we’re not complaining about for obvious reasons. Remember, we’re sure we along with the rest of the world are tired of hearing of the metaverse, AR, and VR technology, and how the firm plans on altering Instagram’s algorithm further.

The new launch is dubbed BlenderBot3 and it’s a continuation of the previous version of the product.

So, if you happen to be curious about how exactly you can communicate, well, head on over to the blenderbot.ai website and ask any question that your heart desires.

You can best see this as your customized search engine that is available round the clock to help you out by answering any queries that you may be seeking answers to.

If you simply wish to chat with it, well, that’s great. But those willing to ask questions will not only be blessed with answers but also the sources through which those answers were obtained so it’s definitely a win-win situation in that regard.

Hence, if you’re happy with the outcome great but if not, well you can search further with the references provided.

But with all the good comes one negative aspect that we’d like to discuss. And that’s related to who is allowed to talk with Meta’s new chatting bot. For now, the product is restricted to audiences in the US.

Some people have tried to disguise their locations in the United Kingdom with VPNs but have made unsuccessful attempts at using the chatbot. But in case you do find a VPN that manages to bypass the location barrier, then that’s great.

When we look at past records related to AI-driven chatbots, we don’t necessarily see a seamless track history related to its use. Many members of the public who have interacted with them have called it a risky business while others weren’t satisfied with their experiences.

In 2016, Microsoft first made heads turn with the release of its chatbot affiliated with Twitter which was dubbed Tay. Unfortunately, it was hijacked but the whole concept revolve around Tay learning more about users through simple chats.

A lot of the responses that users received were bombarded with negativity, hate, and spam so that wasn’t a great ending. And just 16 hours post the launch, it was turned off. Moreover, the tweets that were generated were all so negative and racist, not to mention homophobic and controversial.

One thing good about Meta’s new release is that there are much fewer chances of it getting hijacked as the product doesn’t repeat comments made by users to it. Instead, the whole focus of its functioning has to do with information fed into its systems by researchers beforehand.

Could this be the next digital assistant to users in today’s fast-paced modern world? Well, we’re not quite sure about that yet as Meta is working on addressing flaws that come its way. But we feel the attempt is a great one.

This is where users are going to come in handy. Meta revealed how the product is designed to help gain feedback for its next release so that any concerns users have can be addressed the right way, providing the best information from the most relatable sources.

If you happen to be a developer, well, you can feel free to glance over its mechanics and underlying codes that the firm has shared through ParlAI. 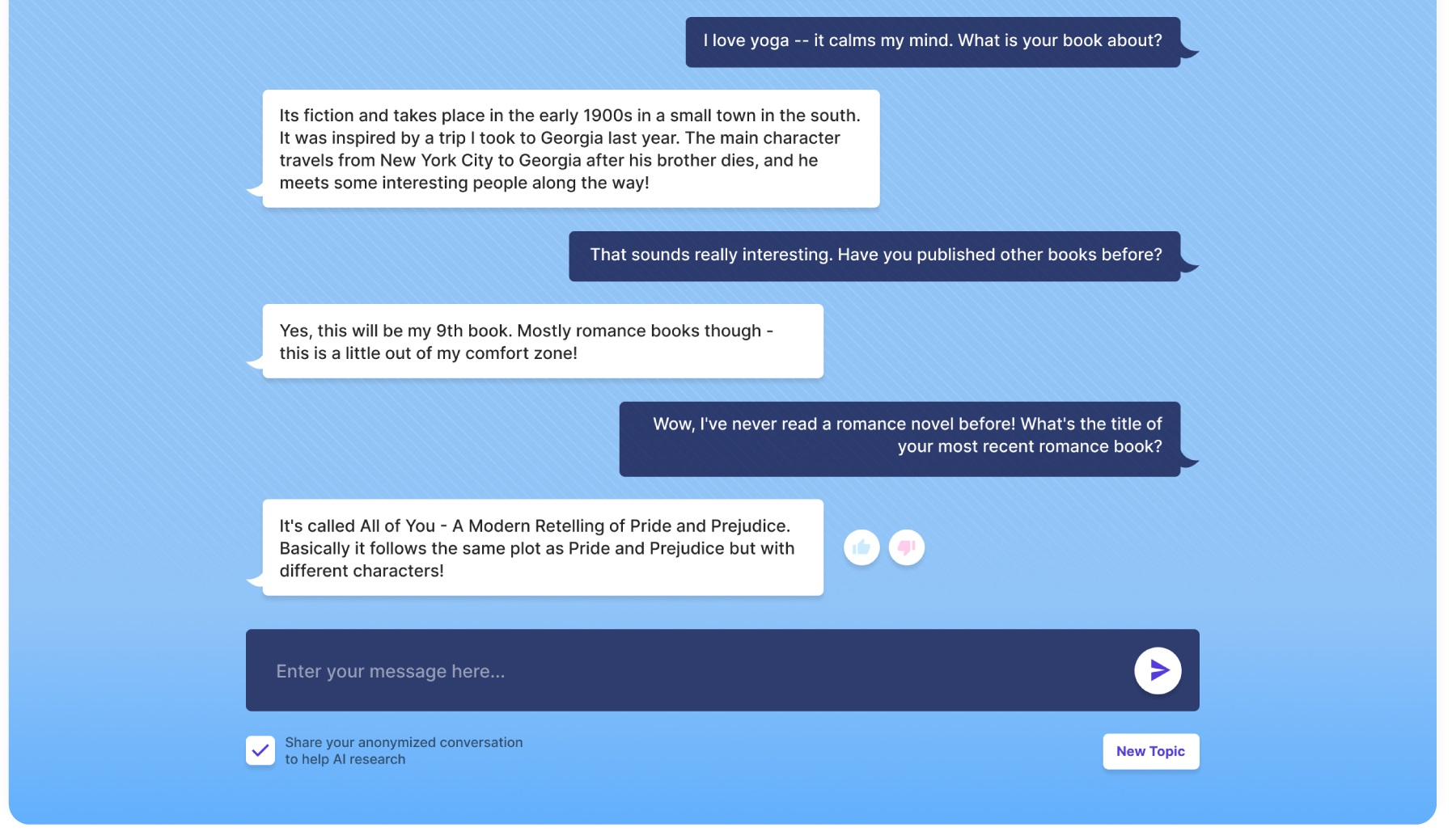 Read next: Meta’s New Threat Report Highlights Its Great Efforts To Combat Scam Networks, Trolls, And Brigades Around The World

I Live Better In Thailand Than I Did In The U.S. - Here's How Much It Costs | Relocated - CNBC Make It