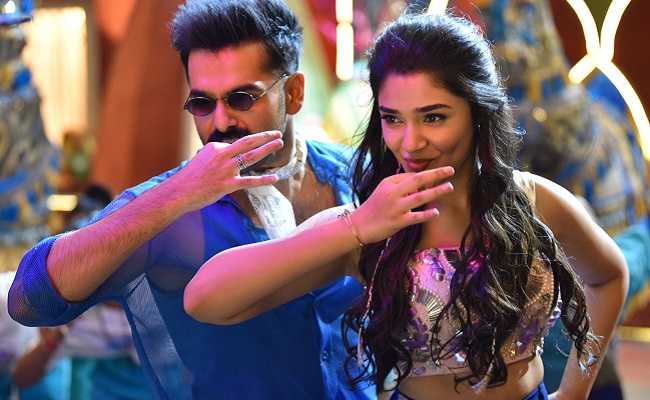 Ram Pothineni’s bilingual film, in Telugu and Tamil, The Warriorr is going to be released on July 14th, 2022.

This is Ram’s debut film in Tamil. The interesting thing here is that The Warriorr is also the debut film for the director Lingusamy in Telugu.

The film has very high expectations from the Telugu audience. Ram Pothineni will be seen as a cop in the film, as is known from the looks and teaser that have been released so far.

Besides the teaser, the makers also released two songs from the film. Among them, the Bullet song became very famous across the nation and it recently massive 100 million views on YouTube.

Today the makers unveiled another mass number from the film. The song is called Whistle.

Tamil actor Suriya launched the song in both Tamil and Telugu through social media. Also Makers organised a grand event to launch the whistle song at AMB cinemas, Hyderabad in the presence of whole team, fans and media.

RAPO in his ultra stylish look and ultimate floor moves choreographed by Jani master catches everyone’s attention and Krithi Shetty sizzles the dance floor with her beauty and grace.

The Warriorr is written and directed by Lingusamy. Srinivasaa Chitturi produced the film under the banner of Srinivasaa Silver Screen. Aadhi Pinisetty played the role of the antagonist.

Devi Sri Prasad composed the music for the film. Sujith Vaassudev is the cinematographer, and Navin Nooli is the editor.

Noise Labs launches audio based i1 smart eyewear: Everything to know

Mad TV Star Recalls Being Booed Out Of The Building