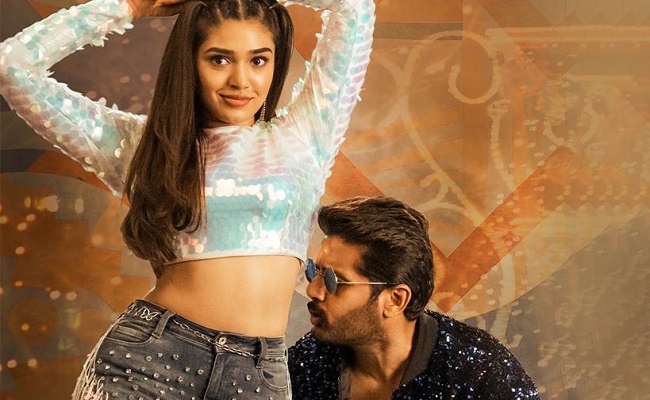 Nithin’s Macherla Niyojakavaram is releasing on August 12th. The movie is a hot cake in the trade and audience after the trailer released. It’s content catering to the class and mass audience is the major highlight.

Meanwhile, Ra Ra Reddy song is also a big hit. The team has released a new single, Pori Superoo a short while ago.

Pori Superoo is a peppy number high on energy. The vocals of Rahul Siplingunj and Geetha Madhuri combined with youthful lyrics by KK worked so much. Mahati Swara Sagar came up with exciting tune and great music.

Nithin’s energy and Krithi Shetty’s glamor took the song to next level. The floor step and the couple step are a treat to the fans. The costumes and the colorful set also added more weight to the song.

All in all, Pori Superoo is another winner from the album. Dances and chemistry between the lead pair further elevated the song visually too.

Arjun Kapoor says he is ‘a bit underrated’ as an actor: Guess it’s nature of the business because of lineage