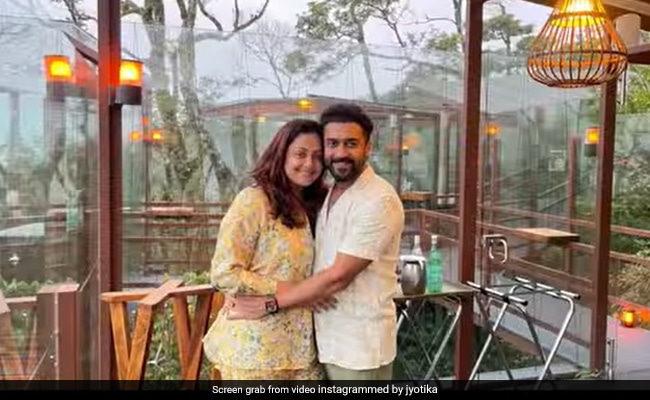 Suriya, who has had a super busy year, managed to take some time out and went on a holiday with family. The destination? Costa Rica it is. On Instagram. Jyotika shared a video which has snippets from her vacation with family. In her caption, she wrote “Pura Vida” and revealed that the video has been edited by daughter Diya. During their vacation, the star couple visited coffee plantations, went rafting and the pictures are a sheer delight. “One day baby we’ll be old.. Oh baby we’ll be old. And think of all the stories that we could have told,” read the text on the video.

This is what Jyotika posted: 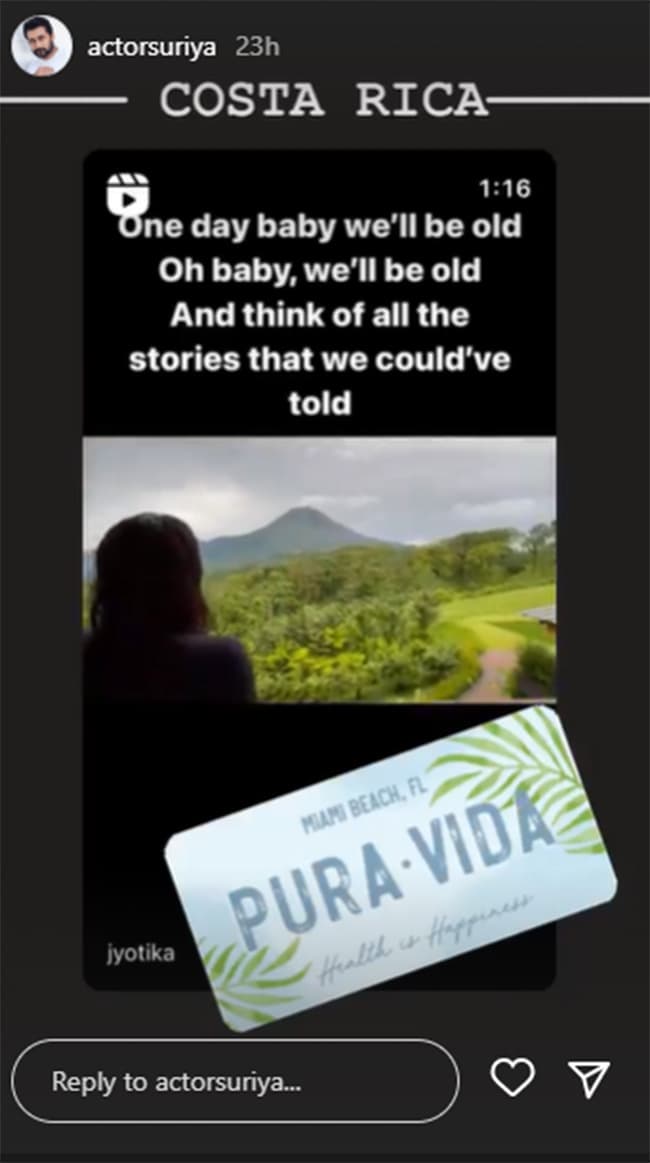 Suriya and Jyotika, co-stars of films like Poovellam Kettuppar, Uyirile Kalanthathu, Kaakha Kaakha, Perazhagan, Maayavi, June R and Sillunu Oru Kaadhal, got married in the year 2006. They are parents to a daughter named Diya and son Dev. We love it when the couple features on each other’s Instagram profiles.

In terms of work, the actor made a cameo appearance in Kamal Haasan’s Vikram. Last year, he featured in the critically-acclaimed Jai Bhim and Netflix’s Navarasa, which was backed by Mani Ratnam. He will also have a cameo in Akshay Kumar’s Soorarai Pottru remake. The superstar has another cameo appearance in R Madhavan’s directorial debut Rocketry: The Nambi Effect, for which he did not charge any fee.

Suriya, who made his debut in 1997 with Nerukku Ner, is best known for his work in the hit Singam series of films, Kaakha Kaakha Vaaranam Aayiram, Nandha, Ghajini, 24 among many others.